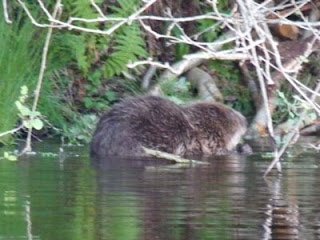 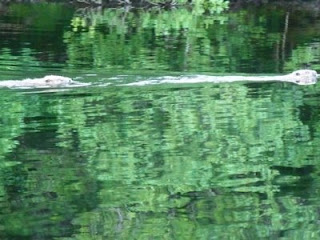 Stable Cottage is still available for one week from 3 - 10 July and Kirkland Lodge from 12 - 18 July. Visit our lovely area and discover that we have a lot more to offer than imported Norwegian beavers. They are supposed to be good for biodiversity but it would be hard to create more biodiversity than already exists here in Knapdale forest.
Posted by seafieldfarm at 23:02

Long may the water lillies bloom. If they weren't such a pest or were an otter or seal I'd bet you'd be thrilled to get up so close to a beaver!