We have enjoyed a very fine Autumn here on the West Coast. Temperatures have been higher than usual, apart from two nights of frost at the end of September and the occasional rainy mornings gave way to glorious afternoons and evenings. Swimming on Loch Sween has extended into October. The wet suit has been hung up for the last time on several occasions, only to be taken out again for 'one last swim until next year'. 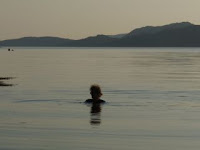 After a spring and summer of hobbling around with an injured knee, James finally managed to get up to his favourite fishing spot. The Wolf Loch above Achnamara sounds impressive and dramatic but the one time I made it up to the top of the Cruach which involves sprachling over rough terrain and climbing over a deer fence, I was surprised to see this much lauded loch was a small and weedy body of water. However, it's modest size and difficulty of access is compensated for by the fantastic trout that it holds. 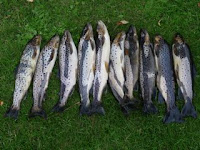 The four chicks raised earlier in the year all turned out to be cockerels, or dinner as I like to call them. The new hen house was finally finished and all the hens, with their new cockerel are now installed in a very substantial and hopefully, predator proof, house. It has an automatically opening and closing pophole so next summer, we hope to be able to enjoy nights away while the chickens put themselves to bed. 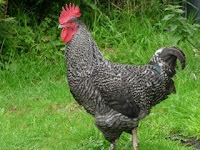 The Moine Mhor north of the Crinan Canal, is the remnant of an ancient raised bog which is managed by Scottish Natural Heritage. It is a fantastic place for wildlife and you can spot hen harriers and short eared owls. Earlier in the year we had a close encounter with five short eared owl chicks which chose to sit in the middle of the road. Take a turn to Crinan Ferry which has a good beach and on the way enjoy views to Duntrune Castle, home to the Malcolms of Poltalloch. 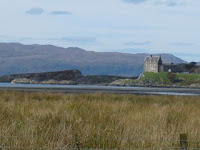 The garden has been very productive this summer with great crops from most plantings. The only disappointments have been the onions and the celeriac – unless they are supposed to be golf ball size? 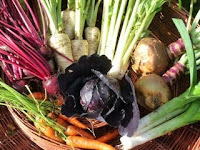 We haven't managed to get away for a holiday this autumn but the great weather has made up for it. A favourite outing is to take the camper van down to the point of Knap, have a walk and then enjoy a cup of tea and some cake while enjoying the views across to Jura. Simple pleasures! The landscape opens up as you drive down the peninsula, the hills are kept bare by sheep and deer so it is a totally different experience from being here at the head of the loch, surrounded by trees. A notable landmark is Castle Sween which is one of the oldest Castles in Scotland. 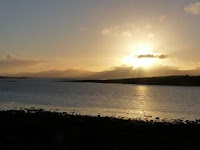 The Autumn Stag Rut has been in full swing with deer bellowing all around Achnamara. I don't remember them being so noisy in the past and it has been unusual for them to be in the fields around the house and village rather than further up in the hills. 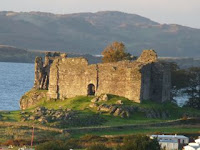 Yet more beavers have been added to the Beaver Trial. At the last count there were twelve beavers in the trial area which is one more than the trial started with eighteen months ago. The Dubh Loch family produced one kit this year, as did the family on Loch Linne. A new pair were imported from Norway and released onto Creag Mhor Loch but then moved to an adjacent, less accessible unnamed loch. Another male beaver was released to join the lone female on Seafield Loch in an attempt to make a fourth potential breeding pair. We don't know yet if this has been successful. The Dubh Loch beavers have been extending their dam and increasing the area of flooding. Unfortunately this has now extended beyond the entrance to the new path installed to bypass the flooded 'Beaver Detective Trail'. A very impressive looking pontoon on Coille Bharr will take walkers onto the loch, just below the beaver dam. It is not yet accessible but will hopefully be completed before too long. 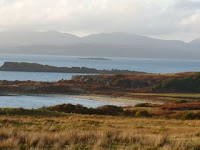 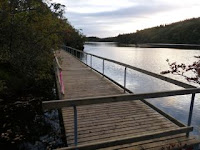 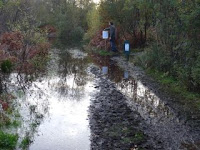 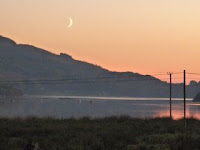 Posted by seafieldfarm at 22:52 No comments: