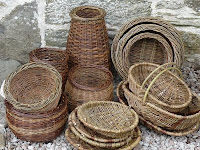 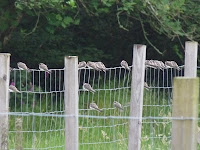 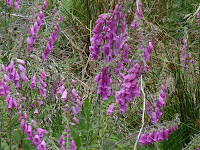 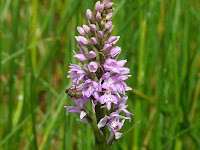 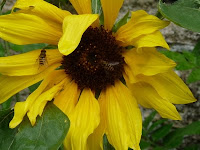 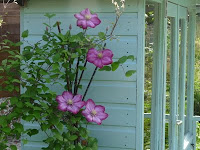 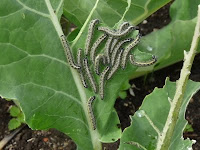 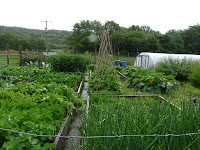 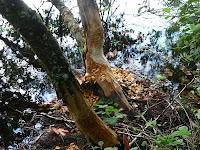 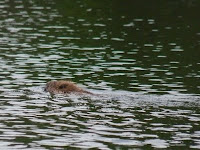 Good news for private water supplies, gardeners and hydro generators but not so good for visitors coming to Argyll to enjoy the great outdoors. For six months we had very little rain but as soon as the school term ended and the summer holidays began, the skies darkened and the heavens opened. Hopefully there will be a return to more summery weather in the coming weeks.

The Artmap Open Studios Event will be taking place across Argyll from 13 - 16 August. The brochure has been launched and the website (www.artmapargyll.com) updated. Many of the artists welcome visits outwith the event dates. Some of the Art Map Artists are also exhibiting in ‘Mixing Up the Media’ at Kilmartin House Museum from July 15 until October. There is a also brand new exhibition space, Studio Barn at Leac na Bhan Farm on the road to Tayvallich.

The Gannets and the Osprey are having more success fishing for mackerel than we are but we did manage to catch two last week while fishing from the shore. Mackerel fresh from the sea are a very different fish from those in fishmongers and supermarkets which have been around for a few days. The flavour is light and delicious compared with the oily, heavy taste of an older fish.

There have been scores of sand martins feeding on insects in the shelter of the trees at the edge of the glen. They take a rest from time to time, up to 50 at a time lining up on the hen run fence. There are four swallow’s nests on the house which have been very noisy in the early mornings.

The lovely yellow flag iris have given way to foxgloves which are one of the first plants to colonise harvested sites in the forest. The field beyond the hen run is dotted with orchids ranging in colour from almost white to purple.

The garden is at last producing vegetables and fruit. As usual we go from dearth to abundance overnight and harvesting becomes another job to add to the list. Cabbage white caterpillars attempted to munch their way through calabrese, cauliflower and cabbage but were easily picked off and disposed of. I tried feeding them to the chickens but they were not impressed. They must have a bitter taste but I am not going to try one to find out. We haven’t seen our strawberry eating badger for a while so hope to gather enough for puddings and jam.

Following the death of the adult male beaver introduced to the Lily Loch in May, the female moved to Seafield Loch where it has been observed during June. The post mortem report was inconclusive and suggests that the beaver starved to death after failing to adapt to the Knapdale diet. A further two beavers have been released on Creag Mhor Loch which was vacated by the beavers originally released there in May 2009. One of the original beavers died in captivity in Edinburgh Zoo on 26 May and the other two are missing, presumed dead.

Current resident beavers are:- 3 on the Dubh Loch (originally released onto Loch Coille Bharr), 3 beavers on Loch Linne, 2 beavers on Creag Mhor Loch and 1 beaver last seen on Seafield Loch. The project has been given permission to release further beavers to replace adult beavers which die or disperse from the trial site. The minimum requirements for a viable trial are four breeding pairs of beavers and 13 months into the trial, there are still only three pairs in Knapdale, two of which may produce kits this year.

The Dubh Loch beavers continue to maintain and enlarge their dam and signs of their activity in the area are very apparent. The path remains flooded and visitors have formed a well trodden path to the dam. So far, no start has been made on the alternative boardwalk which will allow walkers to safely circumnavigate Loch Coille Bharr. On Loch Linne, the beaver dam was repeatedly removed by the project and the beavers appear to have given up trying to rebuild it. There are signs of tree felling all around the loch and there is a lodge on the east side of the loch. On recent visits, we have only spotted one beaver out and about on the loch. The adult female may be in the lodge with kits and will not emerge until they are ready to be weaned.
Posted by seafieldfarm at 09:45 No comments: