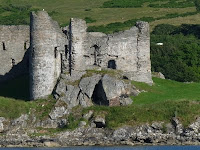 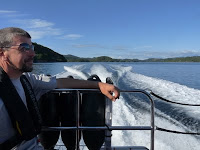 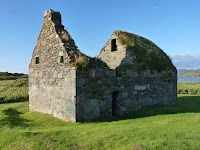 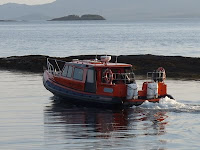 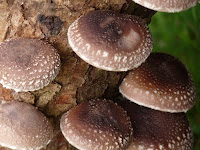 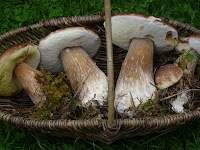 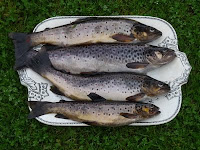 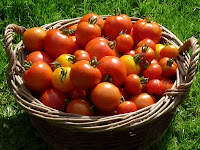 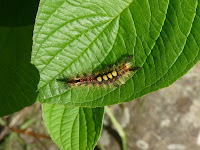 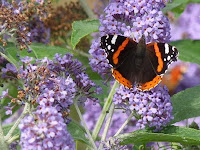 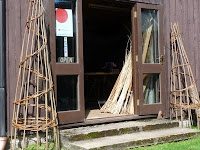 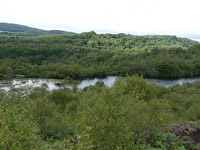 July was a fairly dreary month but things improved in August with sunnier if shorter days. We escaped in July for a week's holiday in Norfolk which unlike Argyll was parched and golden. When the temperature threatened to rise to 29C, we headed west to visit son John and his girlfriend Zoe in their lovely new home.

On our first day home, we were booked on an evening boat trip to Eilean Mor organised by the Dalriada Project and led by Dr Sharon Webb of Kilmartin House Museum. We travelled from Tayvallich, down Loch Sween, past Castle Sween with Venture West (venture-west.co.uk) on an astonishingly beautiful evening. The island has a ruined chapel and a tiny visitor centre with information about the island. The Dalriada Project is now coming to an end and there were events to celebrate the achievements of the project.

August is the time of abundance in the garden and the wild. The garden has produced far more than we need but we have been helped by slugs eating the cauliflowers caterpillars munching the cabbage and mice harvesting the peas. Such are the joys of organic-ish gardening. We have been gathering wild chanterelles and ceps and our shiitake logs have produced well. The tomatoes have been fantastic and look like cropping for some time to come. Four very nice trout were caught on the Leipeg Loch but the mackerel fishing on Loch Sween has been a little disappointing - probably because we haven't taken the boat out and only fished from the shore.

An interesting looking moth caterpillar, a Vapourer, appeared on a dogwood leaf and the butterflies have been amazing. There were about 30 peacock butterflies on one buddleia bush and they were also sunning themselves on the summerhouse verandah. A silver washed fritillary was seen one morning and there were many speckled woods, red admiral, small coppers, scotch argus, orange tips and tortoishells.

Artmap Argyll, (artmapargyll.com) the open studios event happened in August and my workshop was open to the public for four days. Many of the artists can be visited by appointment outside the open studio event so it is worth picking up a brochure or visiting the website and exploring the wealth of creative activity in the area. An associated exhibition at Kilmartin House Museum, 'Mixing up the Media' continues until the end of September.

The beavers continue to munch their way through Knapdale. The two families on Dubh Loch and Loch Linne have each produced one kit so the current count stands at 11 - the same number as were released in May 2009 and four less than the total beavers released. The two beavers released on Creag Mhor Loch at the end of June have relocated to an unnamed lochan between Creag Mhor and Loch Linne. Creag Mhor Loch was the release site of one of the original families which dispersed in the first weeks of the trial. Perhaps we can now assume that there is something about the loch which is inherently unsuitable for beavers rather than any suggestion that they were shot at? The single female which relocated to Seafield Loch after its partner died is still there. The project now has permission to replace dead or dispersed adult beavers up until May 2011 and having dispensed with the need for quarantine can continue to bolster the project rather than letting it run its course.
Posted by seafieldfarm at 16:20 3 comments: