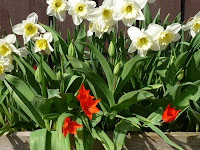 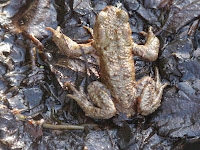 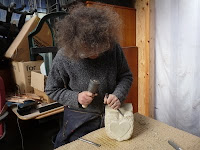 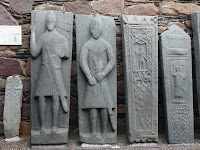 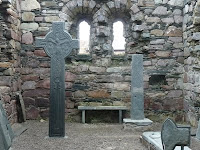 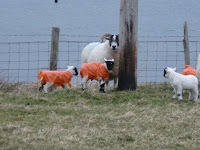 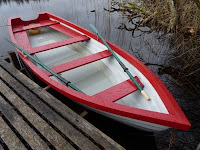 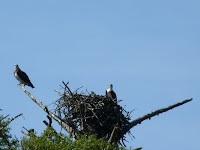 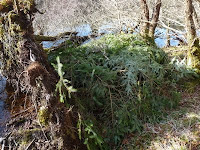 Spring is also bringing the addition of another pair of beavers to the Knapdale Beaver Project. The two beavers, remnants of the ill fated importation of beavers from Norway in November 2008, will be released onto the un-named loch known locally as the Lily Loch, close to Lochan Buic, better known as Seafield Loch. An artificial lodge has been created to provide initial shelter for the animals before they burrow or build their own lodge - when they decide where they want to be. Fences have been put up to stop them travelling south which would bring them onto Seafield Farm, but there are no obstacles to prevent them moving west and north. This brings the total number of beavers to eight; three pairs and two young. This is too small a group for a viable trial but enough to cause considerable damage to the local native woodland which has been restored and protected at considerable expense over recent years.
Posted by seafieldfarm at 23:00

I do like the sheeplets in their little orange coats. Perhaps the beavers should wear them too then they could be kept track of!
CKx