John and Zoe Get Married at Seafield 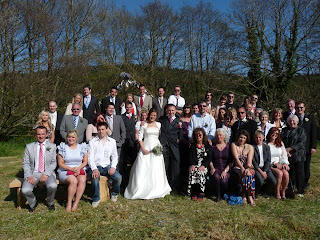 The last wedding at Seafield was in 2008 when James and I finally got around to getting married on rocks overlooking Loch Sween with a guest list of twelve and a reception in the boat shed. The ceremony was conducted by our friend and Humanist Celebrant, Annie. 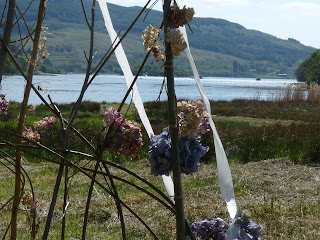 When my eldest son John and his girlfriend Zoe became engaged, they decided they would like something similar, here at Seafield but with around 50 or 60 guests, a marquee on the lawn and the ceremony in the field. Not quite the simple event I had in mind. 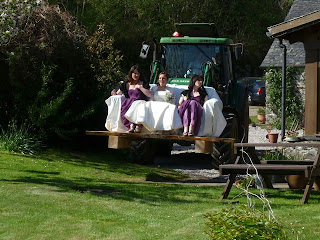 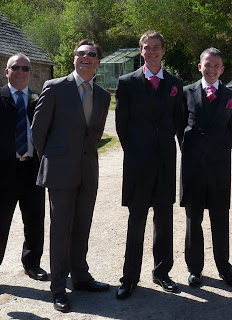 It is quite terrifying but also an enormous privilege to be entrusted with hosting the wedding of your son and future daughter in law. It might have been completely daunting had I not known how much work Zoe and her Mum were putting into the arrangements from their homes in Cheshire. 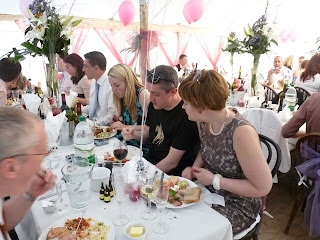 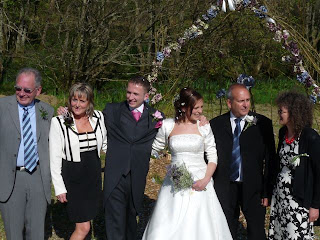 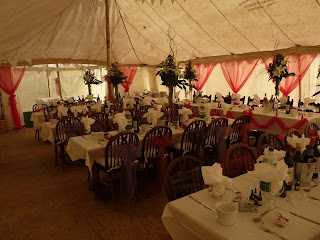 The wedding was nearly completely home made - with an enormous amount of help from friends and family on both sides. Flowers, cake, marquee dressing, food, music - everything was done 'in house' and the result was stunning. Weddings can be a source of enormous stress and conflict but John and Zoe's was conducted in a fantastic spirit of co-operation, laughter and joy. Once again Annie conducted the ceremony beautifully. The sun shone all day, wellies were not required and the dancing went on until four in the morning. A fantastic day to remember and treasure - I almost wish we could do it all again - almost. 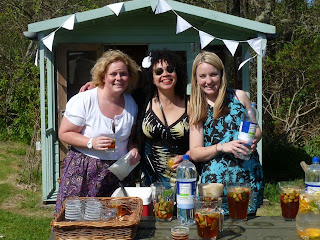 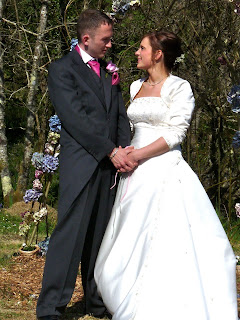